Reviversoft.com is an official downloading source for MacReviver system optimizer. This piece of software is considered to be a questionable one as it does not fulfill the promised functionality. All it does is taking space on the computer and initiating fake system scans.

The scan results often show hundreds of non-existing problems on the user's Mac computer system. Afterward, the potential victim is forced to believe that there is some type of trouble with his/her machine and that it can be fixed only by purchasing the licensed version of the program.

However, the software's registered variant will not solve all of the problems as there are no such things existing. At least, there are no similar problems to what MacReviver is showing you. Even though this tool has its official downloading source, it can also get distributed through bundles of freeware and shareware. Afterward, the app appears on the Mac computer system and places its icon on the menu bar that is located at the bottom of the computer screen.

2CR-015: The rogue system utility has been detected as suspicious and a virus by 14 AV tools

ACR-003: The rogue software tries to convince users that they have hundreds of non-existing problems on their computer system 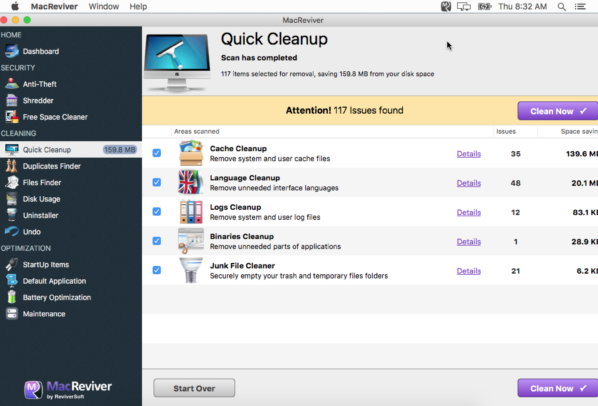