Rocketfixio.com is the official website that distributes a deceptive system optimization tool Rocketfixio. The site claims that users can optimize their Windows PCs so well that they will run 70% faster just by cleaning Windows registry, removing junk files and tweaking startup apps:

YOUR COMPUTER WILL RUN
70% FASTER
IT'S LIKE BUYING A NEW COMPUTER
RocketFixio will quickly and safely rid your system of junk files,
optimize the registry, and speed up Windows startup.

Once the app is installed, it will perform a full system scan, which would indicate hundreds or even thousands of issues. These found issues are not adequate or accurate, as registry entries that have no impact on computer performance are also indicating. As a result, users might be misled into believing that their systems are in a poor state, regardless of their actual condition.

Once the "Fix all issues" button is clicked, users will be directed to the Rocketfixio.com website in order to pay for the full version of the app, which would allegedly allow users to fix the found problems. However, users will be wasting their money on fake system optimization tools that show misleading scan results.

2CR-015: Rocketfixio app was detected by a large number of security programs 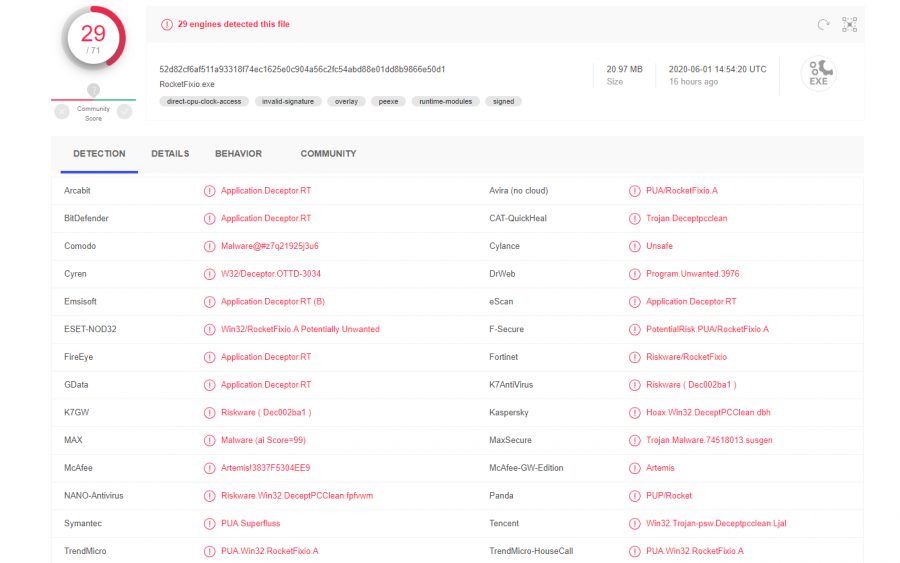 ACR-003: RocketFixio shows a large number of false-positives to mislead users into purchasing its full version 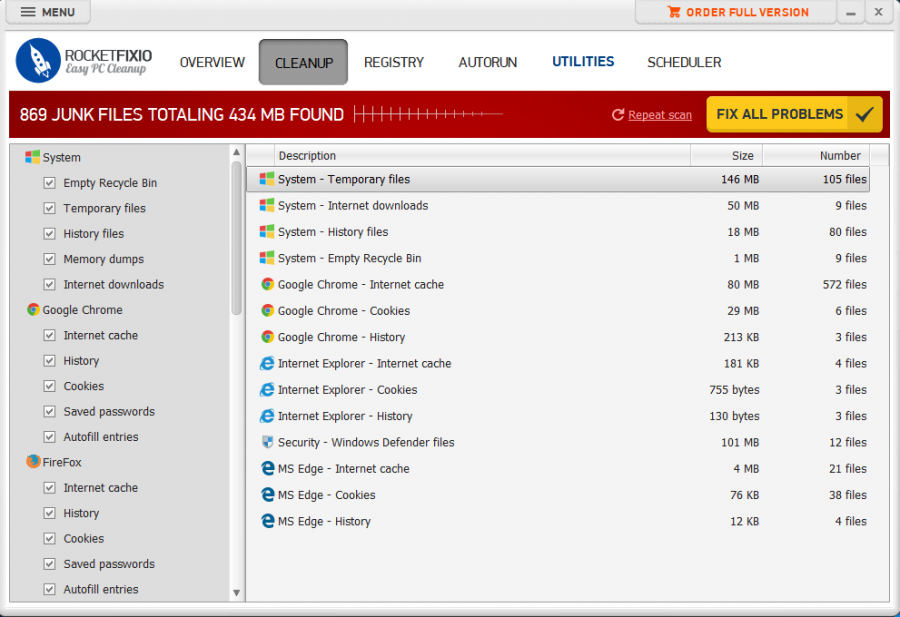