jlcomputersupport.co is a malicious website that promotes "Windows Error Code: DLL011150" scam. Such websites can be encountered after being redirected from somewhere else or due to adware infection present on the system.

jlcomputersupport.co seeks to mislead users by claiming the following:

The fake alert is a very typical Microsoft-type scam that specializes in using social engineering and scaring users. By claiming that the computer is infected and that it has been blocked, the pop-up implies that victims need to call the suggested phone number in order to resolve the issue. 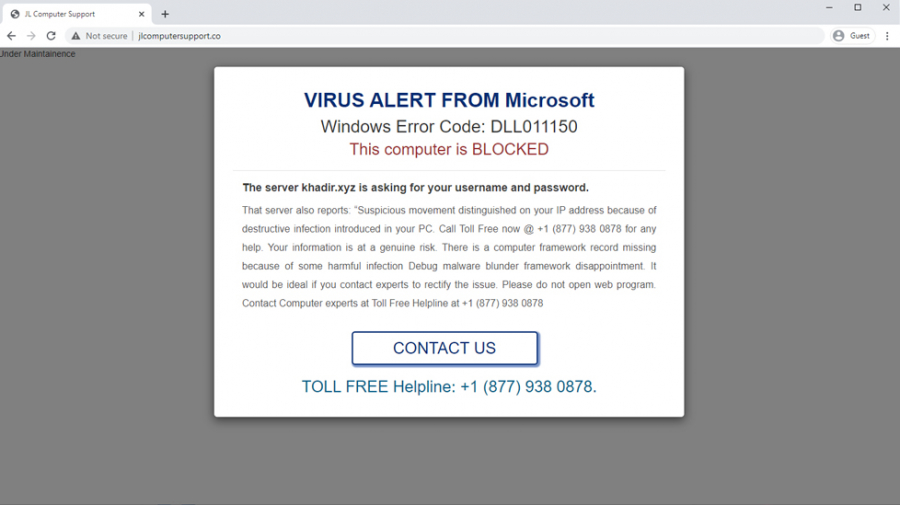