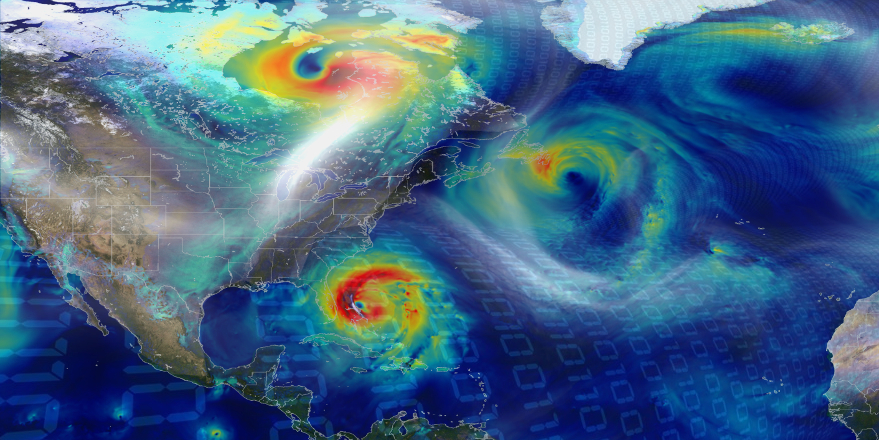 Hurricanes, floods, earthquakes and other natural disasters are terrifying and bring extensive damage to the affected areas. For instance, 4th category hurricane Matthew is currently swiping throughout the southeastern United States, making people flee their homes leaving everything behind. It is only natural that such dangerous situations elevate safety to the top of people’s’ priority list, while the Internet browsing and other secondary activities drop down. Unfortunately for the malware creators, these are definitely not the best conditions for cyber infections to proliferate. The impact of Matthew has already been analyzed by the antivirus developers, who report that over the period the hurricane was ravaging through the state of Florida, malware infections have decreased by 24 %. Even more significant impact can be seen in Jacksonville, where the numbers of cyber attacks dropped down by as much as 57 percent. Quite the opposite tendencies are witnessed during snowstorms when computer users are barricaded in their own homes and are left with nothing other than browsing the Internet and following the weather forecast in hopes for more favorable weather conditions.

Of course, malware quickly gets back to business after the panic and mayhem calms down. We can see that in the previously mentioned state of Florida, cyber infections are already returning to the usual levels. This means that malware developers may try to make up for what they have lost during the period of inactivity. Bogus emails have been reported spreading around the web. The unsuspecting users may be tricked into clicking links supposedly leading to sites informing about power outage situation or scammed by the fake donation requests. So, be very careful and do not let cyber criminals make the already unpleasant experience even worse.