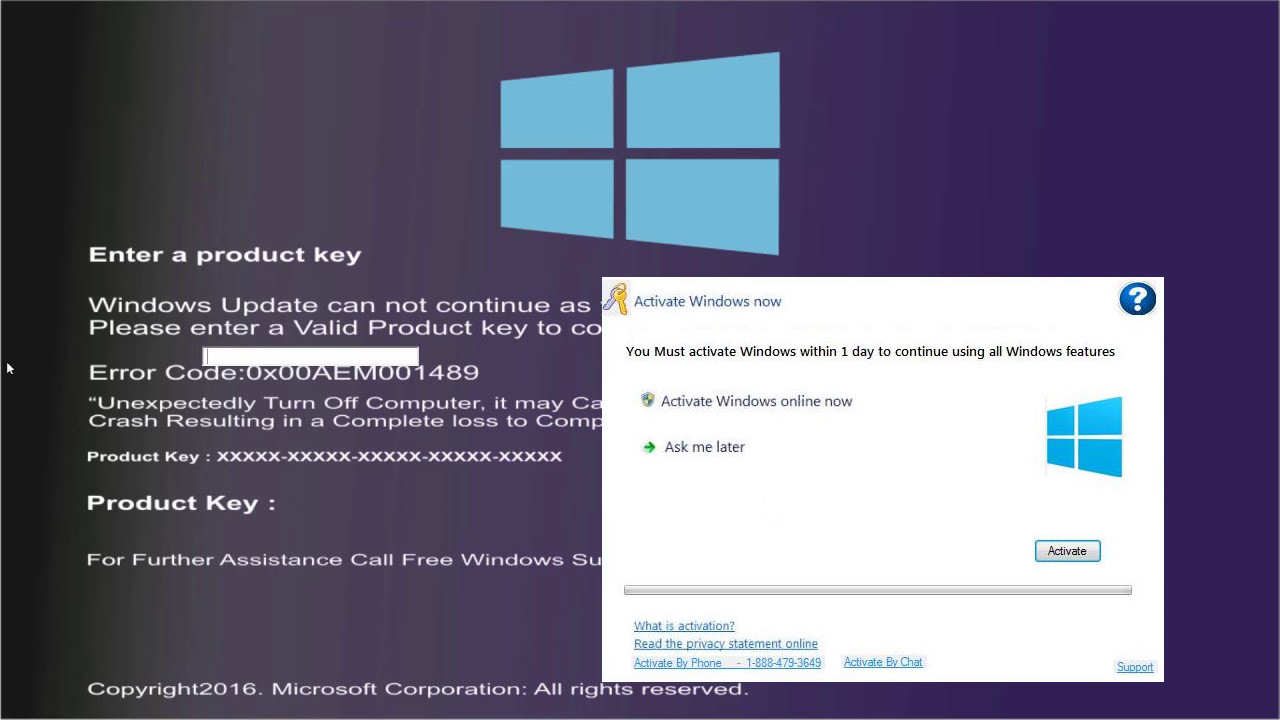 Tech support scams have been known for years. Their aim is to convince users that their computers are corrupted and that they need to dial a special number to reach tech experts who are ready to solve their problems. However, after dialing the given number, user is connected to scammers who are working on lengthening the conversation because each second increases their profits. The same conversation means the loss to a victim as there is a huge potential that he or she will receive a gently increased telephone bill. Finally, during such conversation, scammers can try to install malware on users’ computers, so if you have been tricked by such scam, check your computer with anti-spyware software.

Unfortunately, but today we must warn you that the activity of Tech support scams has increased after the latest update. Now, they pretend to be legitimate Windows Activation screen and can block the entire PC system. The trojan horse, which is installed on computer as an optional component of free software, locks the system down and displays a fake warning reporting about the expired Windows Product key. According to PC experts, its ability to do that makes them add Tech support scams to ransomware category. Please, do NOT call a phone number given on a fake Windows Activation window!  Also, do NOT install software recommended by such locks screens. You can unlock your computer with the help of “closecloseclosecloseclose” code.