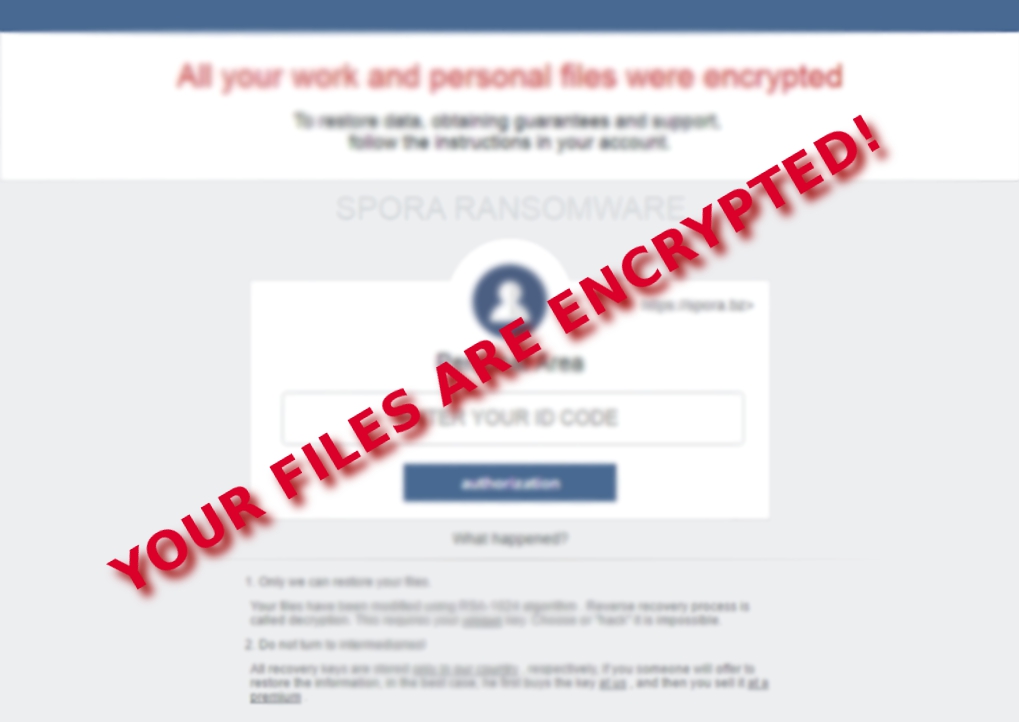 Spora virus was noticed for the first time in a beginning of 2017. Firstly, its ransom warnings and similar notifications were written in Russian language, so everyone believed that its aim is to infect users who hail from Belarus, Russia, Ukraine and other Russian-speaking countries. However, after several weeks of attacking these countries, Spora ransomware has begun infecting users from all around the world. The most surprising fact related to this ransomware is that it relies on a very user-friendly design. All users who are having problems while trying to recover their files can reach Spora’s support team via the chat tool. This tool has already been called to be more convenient than the ones offered by reputable companies. Besides, the virus provides a very flexible payment system: you can postpone the payment for Spora’s decryption tool or, if you are lucky enough, receive a discount. This virus has also been found to be capable of encrypting files while being offline and relying on an advanced RIG-v exploit kit while trying to infiltrate target computer systems.

What else should we expect from Spora’s developers? It seems that they are preparing other versions of this ransomware virus that are promised to target “other devices”, not only Windows OS. In fact, the examples of Spora 2.0 have already been spotted on the web spreading as “The HoeflerText wasn’t found” ads. However, researchers didn’t notice any signs showing that this ransomware could infect Android or Mac OS X. If you were interrupted by “HoeflerText wasn’t found” or similar notification while browsing the internet, be sure to ignore it. It tries to mislead users that problems appearing while trying to read the website are because of the Chrome Font Pack missing. In reality, that’s how ransomware viruses get into the system.

Your opinion regarding New facts regarding Spora ransomware Cancel reply