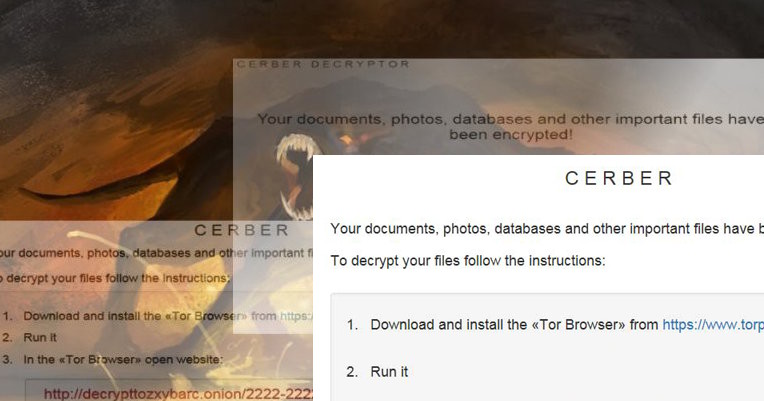 Cerber ransomware was discovered on March 2016. Since then, security experts have reported about six different versions of this cyber threat. The latest of them, Cerber 4.1.0 and Cerber 4. 1.1, were found in the end of October. Beware that they have been actively spread with the help of pseudoDarkleech Rig exploit kit. It is less active than other exploit kits that were used by ransomware developers but there is still a huge possibility to become its victim. Reliable anti-spyware software is considered the most powerful way to prevent exploit kits and such infections as Cerber 4.1.0 or Cerber 4.1.1 ransomware. Make sure you install one and keep it up-to-date to prevent the encryption of your files.

What else should you know about Cerber and its versions? First of all, they add four-character extension to the affected files. The encryption is initiated with the help of AES cryptographic algorithm that can’t be beaten by guessing the code. For getting the decrypt code, victim is asked to pay the ransom which is equal to $500. The ransom doubles during the time, so the most of Cerber’s victims may be convinced to pay it. However, you should never do that because there is no guarantee that money will bring your files back to you. It has been estimated that only 20 percent of those who paid the ransom have get the decryption code.