Ransomware becomes the most popular type of virus 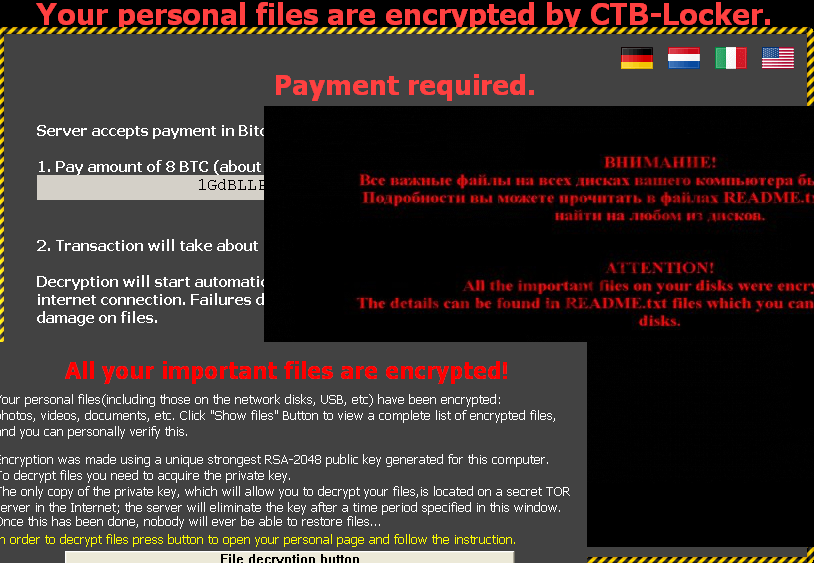 Ransomware-type viruses have already managed to become the pain in everyone’s head. They tend to show up almost every day, so there is no surprise that there are thousands of people who have been infected. The emergence of such virus doesn’t predict good news for you because ransomware is mostly used to encrypt victim’s data with the special encryption code. As a result, files that are considered important (photos, videos, business documents, art, etc.) become blocked, and the only way to recover connection to them is to follow commands given you in the ransom note. Typically, people are asked to pay from $100 to $500 in exchange for a needed decryption key.

It seems that the next threat to people’s files is going to be CTB Faker ransomware which was detected by security researchers just several days ago. Just like its predecessor CTB Locker, it started with the simple version which selects the most important victim’s files, places them in the special folder and locks it down. Also, CTB Faker asks its victim to pay $50 for unlocking this folder with the special password. No matter how simple this threat looks, be careful with it because it has been showing an enormous activity since its appearance. It is believed that it will be updated during the next several days.